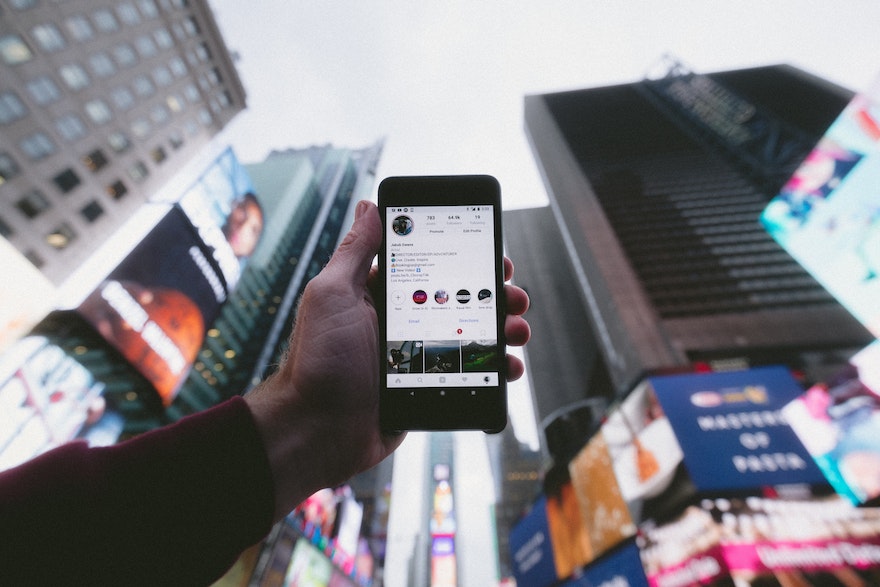 It’s safe to say that social media is here to stay.

From the very first social media site that was launched in 1997 (it was called sixdegrees.com and had profile pages and private messaging) to 2022 where 4.2 billion people used or have used some form of social media in their lives. Social media has undoubtedly gone global and by the looks of it, it’s only going to get more popular in the future.

Why is it important to know the average time spent on social media?

You might be surprised to find that global social media use hasn’t always risen in a perfect incline. It gets affected by trends, world events and new technologies.

For example, Facebook has recently been losing popularity while the activity on TikTok and Instagram continues to rise.

Facebook lost 15 million members since 2017 and the average time spent on the app per day, per user has gone down exponentially.

As a social media manager, it’s hugely important to know about these little fluctuations, projected trends and the social media sites that are getting the most traffic so you know where to put the majority of your attention.

How much time do people spend on social media worldwide?

The stats for 2022 so far is that the average person is spending 2 hours and 32 minutes on social media.

This means 2 and a half hours of updating their status, writing posts, writing comments and scrolling through their feeds.

We already know what you’re thinking…but what about the teenagers? How much time does the average teenager spend on social media in 2022?

Average time spent on social media in a lifetime

Based on the most recent data, if we look at a 10-year-old, we can assume that they will spend 3.4 million minutes on social media in their life. That’s 6 years and 8 months.

Yes, you read that right!

This is assuming that social media will stay at the popularity level it is now. If this person was a highly active user, spending 9 hours a day on their social media accounts, then you can only imagine the number!

Time spent in the most popular social media platforms

What is the average time spent on social media in 2022 based on platform?

So, what is the average time spent on Facebook per day in 2022? According to the statistics, the average person is spending 35 minutes per day on Facebook, with only 1.7% checking their accounts on their desktop computer (the rest of the visits are through a mobile device).

When we look at the 4.2 billion people who use or have used social media, as of 2022, 2.8 billion of this group uses or has used Facebook. This just proves how popular Facebook really is, despite its tendency to fluctuate.

As of 2022, Instagram has 1.22 billion registered users. That’s around one eighth of the world’s population.

It was also found that in 2022, 63% of Instagram users opened the app at least once per day and keep in mind this is just the average and doesn’t include the hard-core Instagrammers!

In 2022, Twitter belongs to the millennials. It was found that only 3% of teenagers (generation Z) report that Twitter is their most used/favorite social media app.

It’s also interesting to note that currently, 68.5% of Twitter users are male whereas only 31.5% are female.

Twitter users in the US spend an average of 6 minutes per day on the platform, which makes sense considering how Twitter has turned into more of a news site than a social media site. It also only takes a minute or so to write and post a tweet.

Currently the average person spends 41.9 minutes per day watching Youtube videos and 70% of all Youtube views come from mobile devices with 30% from desktop/laptop computers.

Youtube is known as being the most “actively used” site compared to other social media platforms, meaning registered users tend to access the site everyday on a consistent basis.

TikTok is a new social media platform that has really taken the internet by storm.

You might be interested to know that the average TikTok session lasts 10.85 minutes and the total amount of time per day the average person spends on the app is 33 minutes.

Also…TikTok is heavily populated by teenagers and young adults with 60% of their user base being from “Gen Z”.

If you aren’t using TikTok right now, you might be missing out. TikTok is in its early days and its users are very active so you have a high chance of being discovered when you post regularly.

Whatsapp is an instant messaging social media app owned by Meta, the same company who owns Facebook and Instagram.

There are currently 2 billion people worldwide who actively use Whatsapp. Each day there are 2 billion minutes worth of audio calls made and 100 billion individual messages sent.

The average user spends 28 minutes on the app each day either talking by phone call to their contacts, recording voice notes or typing and reading instant messages.

How COVID-19 boosted the average time spent on social media

The Covid-19 pandemic undoubtedly caused people to spend more time on their computers and mobile devices.

For most of us, the year 2020 was spent indoors whether that meant working from home, taking care of children or simply waiting for the quarantine to end.

You might be interested to know that between 2019 and 2021, the amount of social media users in general increased by 11%.

More and more people began to turn their focus to social media in an attempt to connect with their friends, family and co-workers who were also stuck at home.

Meeting up with your friends after work was replaced with scrolling social media feeds, commenting on posts and sending messages.

Businesses also benefited. Brands who promote their product on Instagram reported a 6% increase in engagement from their followers.

This is another crazy statistic…online video consumption increased by 85% during 2020. When you take into account the introduction of reels on Instagram, TikTok videos and Instagram Live, it really does make sense.

People were craving human contact during quarantine and what’s the next best thing? Videos!

It was also found that the pandemic pushed people to create more fun and light-hearted content as that’s what people were craving at the time.

Why knowing these numbers matter for business

So…why is it important that you know these numbers? It is imperative that as a business owner (or even social media creator/manager) you are staying on top of trends. You want to put more effort into the social media apps and websites that are getting traction and avoid the ones that are going out of style.

It’s also important to know where your target audience is spending most of their time. A very small percentage of teenagers use Facebook these days, however; older adults still check their feeds pretty often.

If you are targeting Baby Boomers, then taking out Facebook ads and posting regularly to Facebook could be of great benefit to you!

Build your social media strategy with these statistics in mind and you’ll be sure to stay relevant and in front of the right people.

You can see that social media trends change over time and sometimes make big jumps unexpectedly.

If social media is a huge part of your business, then understanding the time spent on social media by age, the popularity of each app and the impact global events have on usage is very important.

Taking the time to understand the current social media trends will help you plan out your social media strategy and even get an idea on what might be popular several years down the line.

Don’t get comfortable with your apps, dive into the trends. If you're unsure on where to start, utilize MixBloom's social media services. Your audience is waiting!

Try our service for free to see how our social media management services and platform can help you create better content, faster and consistently.

Get A Free TrialBook a Demo & Consultation
We use cookies to improve our service. Learn more